Tag Archive for: why reforms

You are here: Home1 / why reforms 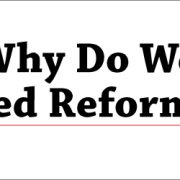 The LDS Church can be a pretty amazing and beautiful system for millions of its faithful adherents. Because of this, many Latter-day Saint members haven’t even considered why we might need reforms. They are blissfully ignorant of the major problems which are coming to light about our doctrine and cultural practices. On the other hand, the 50-70% of our members who leave the church after joining know all too well why we need reforms. In this section I have attempted to very generally outline and summarize the reasons for reform by appealing our own scriptures and history. And more importantly, I’ve offered solutions from our scriptures for the problems I bring up, .

Really, reforms are the hallmark of The Gospel in every dispensation. Whether it be reforms from new found information as was the case when Josiah found lost scriptures in the ancient temple, or in the case of people like Ezra, Jonah, Alma, Samuel the Lamanite, Isaiah or John the Baptist who were called mid-dispensation to correct the presiding high priests of Israel.  The entire history of the gospel and human history is one of divinity sending movements of new players onto the human stage to advance the progression and evolution of mankind. When the priesthood itself becomes blind of its own issues, God calls reformers from outside the priesthood to call the saints to repentance.

Mormonism is especially in need of Reform right now, because we’ve developed a blind-spot of thinking that our leadership is so inspired that there couldn’t possibly be systemic problems that need to be addressed. Into thinking that we are somehow different, more perfect and less fallible than every past dispensation and so we have no need to fear we might be repeating history.  Put simply, our most fundamental issue — is systemic pride.

21 And others will he pacify, and lull them away into carnal security, that they will say: All is well in Zion; yea, Zion prospereth, all is well—and thus the devil cheateth their souls, and leadeth them away carefully down to hell (2 Nephi 28:21)

Indeed, literally hundreds of thousands of life-long LDS members are learning about our issues and leaving our church when they simply cannot reconcile the new truths with some of the problematic narratives we have constructed over the last hundred years. Hopefully by looking over this list, you too might become aware enough of the problems to take the action necessary to become part of the solution.  😉

I believe most of our current problems boil down to the following list. (Church leadership is already moving on addressing many of these issues)

You’ll note many of these reform actions are things which Evangelical Christianity currently does very well (despite their own needed reforms). I believe strongly that the reason Evangelical Christianity has quickly risen to one of the most powerful and largest Christian Movements in the world, from its Anabaptist roots of the same Second Great Awakening which gave Joseph Smith his calling — is because they have done a better job of obeying and implementing OUR OWN REVELATIONS! (Which were given by the Spirit to all reformers of the Second Great Awakening).

It’s time that Mormonism and Evangelical Christianity stop fighting and have a baby.

We need to combine the good from both of these movements. Evangelicals need to accept the Book of Mormon & coming Israeli prophets, continuing revelation & prophecy, biblical errancy, the importance restored temples and the cohesion and power of the higher priesthood.  Mormons need to accept the Evangelical decentralization of church bodies, the wrongness of polygamy, the democratization of many church decision, the pre-eminence of grace over works and the focus on Jesus.  Both need to live a system of financial consecration, reform Christian exceptionalism, eliminate cult-like behaviors, and follow the lead of the coming Jewish prophets (such as Jachanan Ben Kathryn) & Jewish temple restoration.