Blog - Latest News
You are here: Home1 / Needed Reformation2 / Emphasize that ordinances are symbols, not ends of themselves 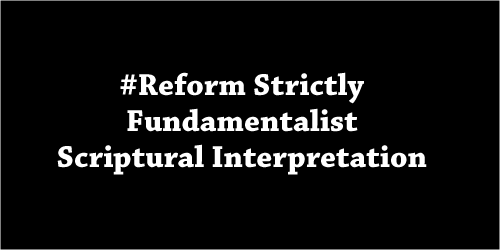 In Joseph Smith’s vision of the Celestial Kingdom given in D&C 137:1–10, Joseph sees his brother Alvin (who was never baptized) in the celestial kingdom, with Adam, Abraham, Christ, God and Joseph’s parents. He marvels how his brother could be in the Celestial Kingdom seeing he was not baptised— and is told essentially that God knows people’s hearts and that all with good works and desires go to the Celestial Kingdom regardless of religion or ordinances.  D&C 128:13–18 teaches that temple ordinances (specifically baptisms for the dead are made in “similitude” or symbols of heavenly things, “that which is earthly conforming to that which is heavenly” (v.15).  My article Eternal Progression, Degrees of Glory, and the Resurrection: A Comparative Cosmology, correlates the work of many modern mystics who give similar descriptions of the afterlife/resurrection and detail how our placement is not dependant on physical ordinances. Common sense & conscience dictate that D&C 76:51 & John 3:5 are speaking of the principles of which baptism symbolizes as a necesity to entering the kingdom of God. (Death of the Mortal Body and carnal nature are needed to enter the kingdom of God. See the gnostic pearl for insight into the deep symbolism involved in the “water” of immersion, as a symbol of cleansing and re-entering the womb of creation.)  Nowhere in our scripture is it taught that temple sealings are needed to exclusively save our dead, but that a “welding link of some kind or other” (or sealing) is needed in order for us to be perfected as a group. (“For we without them cannot be made perfect, neither them without us” v.18).  Our current teachings have created a multitude of conference talks, songs, plays and anecdotal experiences which suggest that God keeps the righteous (and all non-mormons) out of the celestial kingdom until Mormon’s do their temple work. They also often senselessly believe that God somehow keeps families and couples apart in heaven. (As if some invisible being or force restricts them from being together or forbids them from being considered a couple or family?)  This irrational and unscriptural belief drives many from Mormonism. Our traditions also lead people to believe that baptizing infants is blasphemy, but yet baptising 8 year olds (who are also quite ignorant and innocent compared to an adult) is the difference between being able to enter the Celestial Kingdom (unless temple work is done for them). These silly beliefs and practices come from the inability of the lower (temporal) priesthood to see the deep symbolic principles of the higher (spiritual) priesthood which these “outward ordinances” point to.

Most religions have some sort of ancestor veneration and worship. Most religions as well as LDS scripture teaches that the dead are aware of the living and in fact influenced by our actions. LDS temple worship provides a venue for deeply spiritual ancestor veneration. LDS people believe our family history work aids in identifying and tying family lines together for both this life and the next. This richly rewarding spiritual experience is what should be taught and emphasized. Teachings which suggest temple sealings are “required” for heavenly reward go against scripture and conscience and should be eradicated.