Blog - Latest News
You are here: Home1 / Needed Reformation2 / Teach and encourage the practice of economic equality through the Law of... 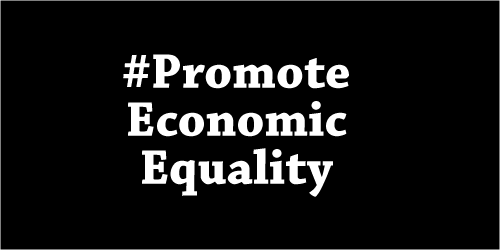 Teach and encourage the practice of economic equality through the Law of Consecration in its proper framework under the United Order. Completely ignoring this law separates the church from the heavenly organizations which helped to found it. Failing to even teach (let alone practice) this system makes the church just another religious faction preaching supposed religiousness but not practicing a system which remedies economic inequality—the single largest cause of social instability & collapse.  See D&C sections 42, 51, 78, 82, 104. see also Enrichment L.

ALL General Authorities, Area Seventies, Stake Presidents and Bishops should be required to live this simple law of binding oneself to the median income of one’s particular social demographic.

20 But it is not given that one man should possess that which is above another, wherefore the world lieth in sin. (D&C 49:20)

14 Nevertheless, in your temporal things you shall be equal, and this not grudgingly, otherwise the abundance of the manifestations of the Spirit shall be withheld. (D&C 70:14)

33 So likewise, whosoever he be of you that forsaketh not all that he hath, he cannot be my disciple. (Luke 14:33)
21 Jesus said unto him, If thou wilt be perfect, go and sell that thou hast, and give to the poor, and thou shalt have treasure in heaven: and come and follow me… 23 Then said Jesus unto his disciples, Verily I say unto you, That a rich man shall hardly enter into the kingdom of heaven. 24 And again I say unto you, It is easier for a camel to go through the eye of a needle, than for a rich man to enter into the kingdom of God. 25 When his disciples heard it, they were exceedingly amazed, saying, Who then can be saved? 29 …every one that hath forsaken houses, or brethren, or sisters, or father, or mother, or wife, or children, or lands, for my name’s sake, shall receive an hundredfold, and shall inherit everlasting life. 30 But many that are first shall be last; and the last shall be first. (Matt 19:21–30)

New testament scripture and the LDS Doctrine and Covenants contain one of the best systems imaginable for creating an organization that not only avoids corruption, but assures that organizational power is given only to the most selfless of individuals. You simply force the leadership (first and foremost) to self-sacrifice more than anyone else in society. The primary tool for doing this is the law of consecration. In this system, those who wish to be leaders must give up all their earthly possessions, and join an economic order of complete equality. Their good example then encourages others to do likewise.

The Doctrine and Covenants make it clear that “Zion” or a Utopian/heavenly society cannot be established unless it attempts to the best of its ability to live a form of economic equality. In LDS scripture this system was called the United Order (D&C 51:2–3; 105:3-5). In its early stages, the system is especially essential as a social framework for vetting leadership, integrating converts, immigrants, and the raising generation. According to LDS scripture, relative economic & social equality is still THE absolute requirement to the founding of the heavenly church on earth— or a lasting Utopian society like those which exist in the higher dimensions (D&C 38:27). The church will remain “under condemnation” for as long as obedience to this law goes completely untaught and unattempted. LDS implementation of this order has always been over-complicated and corrupted (because it was manipulatively forced on poor members; and rarely actually required of the wealthy leadership). A simplistic form of this order/system can be begun at any time, by any person, with the following simple common sense teaching.

Willingly bind yourself to live a comfortable lifestyle somewhere near the median income of your chosen demographic.

This divine rule has nothing to do with how much an individual actually makes in income, per se—it simply regulates how much an individual can spend on themselves. It dictates that saints (especially those who wish to be leaders) live median income lifestyles regardless of their income—and invest excess income in ventures which help their posterity and build the community, instead of spending it on selfish pursuits, expensive housing or a lavish lifestyle unequal from the average of their community. (A practice which God’s true Saints throughout the world always live regardless of which church they belong to.) This simple rule of social equality is detailed in scripture to follow these simple steps…

Failed early attempts to live the United Order (like failed national social systems) attempted to take from the rich and give to the poor without requiring appropriate labor or intelligent investment. And by allowing money to be managed by bureaucrats instead of those who have shown they are good with money by being the ones who made it in the first place. They were based on force and lacked balance, education, and common sense. They also lacked needed social or political support—being run and managed by church leaders instead of regionally successful business leaders. Successful LDS attempts, however, simply used excess funds to start or invest in business (such as ZCMI or Church Farms) which could then be used to employ the poor with an appropriate wage. These enterprises must be run by those who are good with money (which would usually be those who give the most money to them) NOT by local priesthood or church bureaucrats (who are notorious at losing/wasting people’s money). The church should only set up the system, and have local church leaders who sit on the boards and act as advisors to show board members where the greatest needs are. Bishops simply run the bishop’s storehouse and food pantry as currently constituted–and serve as or work with loan officers who can adequately judge the need/risk involved to lending to applicant members.

People typically over-spiritualize Consecration and the United Order. The truth is that it is obeyed by millions of people and in operation in thousands of communities and nations throughout the world. It seems the same spirit or philosophy which taught Joseph Smith, informed the ideas of many other economic reformers since as has created the foundation of economic equality and care for the poor which many nations practice. It is a very common-sense approach to community economic equality, not requiring a massive redistribution of wealth, and certainly not limiting the rich’s ability to do what they do best—make & manage money. It does require convincing the rich that it is in their best interest to not spend their money solely on themselves. Convincing them not to spend their money on huge houses or lavish living; but to invest it in their future, their children, and most importantly—their community. A society that masters the Spirit of the Law of Consecration will avoid the social collapse which comes from economic inequality, and selfish politicians. The rich in such a society are not robbed or abased–they are motivated to live a median income lifestyle by being encouraged to live the law so they can become the communities leaders, educators, civil servants, and money managers. They are taught to self-sacrifice and that sacrifice gives them power. Under the law, it is that self-sacrifice-dependent power which serves as the motivation for achievement and advancement in the society.  This in contrast to so many of our modern cultures where mansions, lavish living, sexual favors, and selfish, non-sacrifice-dependent power serves for motivation to upward social mobility & economic/political advancement.

Put a greater emphasis on service, humanitarian work and giving
Scroll to top