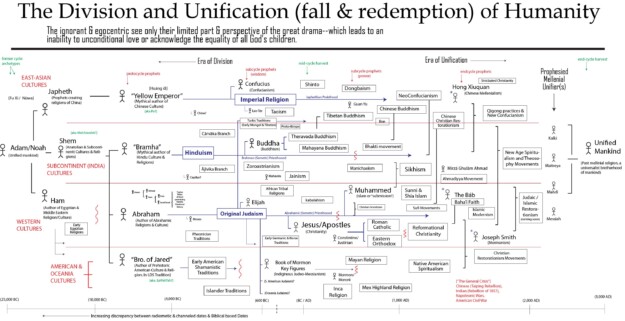 Biblical Timeline from Abraham to Hoshea, through the Kings of the Northern Kingdom of Israel. See Bible Chronology / Timeline from Adam to Zedekiah for more complete biblical timeline through kings of Judah and much more detail.  check out our genealogical correlation chart for a genealogy of all of these timeline together.

Lehi and family leave Jerusalem in the 1st year of Zedekiah’s riegn, 600 yrs before Christ.

– 4 ne 1:18 says that by 110 AD, all the first generation who were alive at Christ’s coming had died.  Mormon is likely the one writing this as an abridgment.  And so any statements as to the length of a “generation” are his.  Judging from verse 22 where Mormon once again says the second generation had all passed away by 200 AD; the lifespan of BOM people was between 70-100 from the time of Christ to Mormon’s day.

– However, note that Amos dies in 194 AD.  His his father Nephi IV died in 110 AD.  Thus, since Nephi had to give birth to his son before he died (and likely quite a few years) then Amos had to be born before 110 AD (but was probably born in at least 90 AD).  If this is true, then Amos would have been between 84 and as much as 114 years old when he died.

– Ammaron comes and talks to Mormon “about” the same time he hid up the records which we are told was in 321 AD (4 ne 1:48).  Mormon tells us he was 10 years old at this time (Morm 1:1).  This means that Mormon was born in 311 AD.  Moroni tells us that Mormon died around 401 AD (Mormon 8:3, 6). This means that Mormon was 90 years old when he was still leading the Nephite forces!!!  I think it is safe to say that something very crazy is going on with the average life expectancy during this epoch!