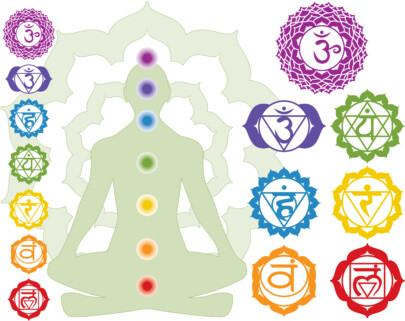 I’ll have to finish this article some time when I really have some time, but as I’v been reading a lot of spiritual texts lately I’m amazed at how similar a lot of the channeled new age material is to Mormon Doctrines and Scripture. I’m also a bit amazed by the animosity I’ve encountered in some articles written by Mormons against new age religion and philosophy. This article is my attempt to begin to translate some of the principle of New Age Religion into Mormon terminology and vise-versa.  My hope is that it will help people see the way that these two religious traditions use vastly different words and concepts to teach the same true principles.

Obedience teaches us self mastery, it is as simple as that. Without self mastery we can never switch from slave/victim mentality to a god or creator who rules their own fate. Obedience to a priest prepares us for the real goal which is obedience to the SPIRIT which is God or our higher self or whatever you want to call it because at the highest levels of consciousness all is ONE and there is no distinction between God and Self. Therefore obedience is the first law of heaven. Obedience to the Spirit is aligning ourselves with the ONE Universal Will. It is the fruit of selflessness… to be obedient to the Universal Will is to forsake self and our disharmonious will, and obey the VOICE which teaches us the universal will. Most mankind gives obedience to their own will, the will of demons, the will of false-gods, idols or the egocentric god of their own creation or lower gods and heavenly administrators. But the latter of these is better than the former and ends up schooling us along- just as the Mosaic law was the lower law, instituted and administered by lower gods but led Israel to the higher law and higher God.

Faith is co-creation. Faith is the principle of Power, Will and Force which creates reality. Our faith must be according to the universal or divine will, or we create imbalance and disharmony. By faith in Jesus Christ we mean faith in the saving power of the Christ consciousness as a sublimated principle. Faith in the man Jesus or any other earthly ‘individual’ can have a tendency to lead to idolatry (as manifest in much of Catholic tradition). Faith in a man or prophet or demi-God can bring good results as long as it tends to lead the mind to the FATHER or Universal God. Most mankind cannot relate with the FATHER so they have been given the SON or principles of form to which they may direct their wills, which is good as long as it elevates them in grade and intelligence. Jesus Christ is the archetype saving Love. Universal love is the defining attribute of the coming age, and all must learn this principle if they are to advance with the earth. All that Jesus taught was to bring Israel from Obedience into Love.

Baptism, washing or Immersion in water is a symbol of initiation and communion. A sign that our faith in LOVE is leading to unity. We wash our bodies of SELF and enter a brotherhood which is the terrestrial resurrection. As the Aquarian gospel says “John washed your bodies in the stream, symbolic of the cleansing of the soul, in preparation for the coming of the king” the King is LOVE, and man can not know love until he is clean or ‘balanced’. At birth we are baptized in blood, a symbol of the earth and its flesh. Christ’s blood is meant to bring us to the higher baptism in water, which in turn leads us to baptism by holy breath.

THE GIFT TO THE HOLY GHOST

The gift of the Holy Ghost is the awakening. It is enlightenment. It is the anointing or christening, the Christ energy. It is DNA activation. It is unification. It is energy work or an infusion of energy from the higher realms which transmutes our spirit to a higher vibration and eventually our body. It comes as fire to transmute us energetically to a higher wavelength to be able to withstand higher glory. Its highest level is transfiguration where the body is transformed from carbon based to crystalline based and as …

Atonement is unification and is the key to resurrection and exaltation or ‘raising’ ones body and consciousness higher through the densities. It is manifest in personal and social harmony- a united order or comunal order.

Animals in the Book of Mormon
Scroll to top