Blog - Latest News
You are here: Home1 / Insights & Ramblings2 / insights (sticky posts)3 / On the Great Whore & Counterfeits in the Church. 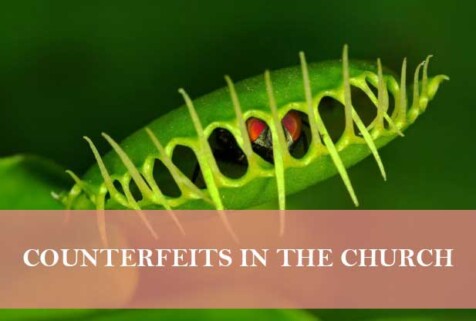 I don’t like to label things as evil. I like the detached scientific view where everything on earth is working together in a balanced ecosystem according to natural laws– to “God’s” laws if you will. Each plant and animal follows the natural laws of instinct, and the fittest survive maintaining the balance. The lion is certainly the lamb’s enemy when the lion is hungry, but calling one of them good and the other evil is simply a matter of perspective. The fly would certainly be justified in teaching its children that the venus flytrap is a bad evil thing… but an intelligent human observer would likely not take sides. Christian scripture if full of division of Good vs Evil, but then later prophets of scripture seem to step in and upset those definitions.

In the ecosystem of people there are also Lions and Lambs, predator and prey, those acting and those being acted upon. It is a common thing for both these groups to use camouflage or deceptive and counterfeit tactics to fulfill their desires.

There is a natural instinct for people to be attracted to each other, to explore that attraction, to eventually fall in love, to build a family together, to perpetuate the species and find self-fulfillment in serving and protecting offspring. Although there are exceptions, this is a fairly ubiquitous human instinct and emotional desire.

In that quest for each individual to fulfill the natural law (god given instinct), they often come across “predators” who are following their desires and instinct to manipulate others for their own gain. In terms of sexuality, we often hear the term “whore” (correctly or wrongly) used in religious contexts to describe aspects of this phenomena.

In the context of this article I would redefine a “whore” as male or female sexual counterfeit who tricks another into thinking they are following the natural law which would lead to long term sexual fulfillment, when in reality they are not. Not so much a prostitute, but an intentional or unintentional counterfeit; a deceit.

(I am not trying so much to speak to the morality of this issue, as much as I wish to use it to make my next point.)

Lust or “whorishness” can not be defined by dress standards. It is better defined as a male or female sexual counterfeit who tricks another into thinking they are following the natural desire for love, unity and family creation… when in reality they are not.

I think this term in light of the definition discussed above is incredibly important to LDS people, and in fact people of all faiths.

Now this is where it gets tricky, because even more than with sexuality, everyone’s spiritual needs are different. Spirituality is deeply personal and is defined & fulfilled differently for everyone. Using the porn analogy, U.S. pornographers have institutionalized sex and sought to manipulate the world into thinking a certain body type and sexual style is superior. They have deceived many into thinking their sexual desires as dictated by the natural law can only be fulfilled with the sexual icons and behaviors they promote. Many fall for this deception and continually try to find sexual fulfillment by following their program. For some it works. For most it does not. The test is whether it brings long term joy and happiness to one’s life or leaves one feeling hollow, empty and unfulfilled.

In terms of religion this is something religious leaders must be careful not to do in a religious sense. Every person is unique and different, so when we institutionalize spirituality and suggest to people that our rigidly defined program is the one and only way for people to fulfill their deeply personal spiritual needs–we run the risk of becoming religious whores or part of the scriptural “whore of all the earth” who manipulates and captivates those who are just trying to be “good people”.

Every person is unique, but there are common spiritual yearnings within most people. Psychological and emotional needs which cause a yearning for and enjoyment of things like a sunset or beautiful vista. Holding a new baby. Walking through a forest. Connecting with people. The enjoyment of music. Having structure and bounds in one’s life. Connecting with books, ancient wisdom and the ideas of others. Unity with God. Religion is divinely given to mankind to fulfill these instinctual yearnings. But we must take care that in the institutionalization of religion, we do not allow priests or prophets, temples or templates to become porn or prostitutes who give the appearance of satisfying the spiritual yearnings of the people, but by their rigidity and dogmatism actually keep them from that fulfillment.

I dont say this to demonize religious activity or religious leaders any more than I would demonize a lion for doing what it does. But I do think this is an vital scriptural principle that all us Christians should be aware of. Religious institutionalism can also become counterfeit, and trick a people into thinking they are satiating their natural desire for spirituality… when in reality they are not.

The Example of Stephen

Just before Stephen was stoned by the orthodox Jews for denouncing their condition he made many profound statements. One of which was,

David found favor with God and asked for the privilege of building a permanent Temple for the God of Jacob… However, the Most High doesn’t live in temples made by human hands. As the prophet says
“Heaven is my throne,
and the earth is my footstool.
Could you build me a temple as good as that?” (acts 7)

You see religion, ordinances and temple worship are all symbols (or schoolmasters) meant to point us to God and true spirituality. True spirituality is a state of being which is deeply personal and can not be universally taught with words or attained by human ordinances or sophistry. It’s like one’s natural instinct to join with another person and procreate an infant life. It’s a natural instinct to join with creation and co-create something special— your life. Christ’s gospel was to preach freedom to the captives, not captivity to the free. Both sexual and religious counterfeits cause captivity by tricking our God-given instincts.

I write this because I see far too much whoring in the church.  Not so much from those making mistakes in the areas of human sexuality… but from those who have made the church into an idol—those believing personal salvation lies in correlated institutionalism instead of through the common sense principles of goodness defined by “God” to everyone on earth individually though His Spirit. Those who mistake symbols, idealism and counterfeit-things for the greater reality these emblems are trying to convey. Those who think the Spirit of God dwells more fully in prophets and temples than in the stillness of each individual’s heart. I see far too many people leaving the church not for their own selfish reasons, but for the egocentric ideals and selfishness they feel coming from the increasingly institutionalized church.

Nephi suggests that the crowning attribute of the counterfeit “whorish” church is control over others. Those of the false church “bind”, “yoke” and “bring into captivity” the peaceable followers of God” (those just trying to be good people). In biblical times that control over others was maintained by literal stones thrown by the orthodoxy, but for us it may be metaphorical ones. It can be control maintained by self-righteous and manipulative comments or talks given by those in authority. It can be religious doctrines which threaten damnation for those who do not follow one denomination’s specific practices or ordinances. It can be lessons which involve manipulative “wickedness bashing” or demonization of groups or human tendencies or making standards into heavy burdens. It can be insensitivity to each person’s unique situation, or promotion of faith in a vengeful dictator Messiah or a totalitarian millennial kingdom. It can leaders and members who feel they need to bad-talk or use church discipline on other members who see things a little different from the mainstream. We need more Jesus in the Church. We need less phariseeism and less dogma. We need to give each other more freedom to personally work through what’s real and what’s counterfeit in this world. We need to allow ourselves and others the freedom to try to identify things from the church’s youth which may have been manipulative, misleading or more human than divine. We need to emphasize the divinity and prophetic abilities in all men—not just institutional leaders or religious founders. We need to realize that if in religious zeal we cast stones of dogmatic moral judgement it might be us that God labels the whore at the judgement bar. We need to identify the counterfeits in our lives and the counterfeits in our religion which pretend to give fulfillment but just aren’t doing the trick. We need to be understanding of the fact that for some people there is very little of God’s spirit in the symbolism of temples, scriptures or church ordinances–because Creation speaks to them in the truer thing these symbols typify. We need to hold preeminent the undefiled “pure religion” of selfless service mentioned by James. We need to find the Spirit in all of us and work together toward a communion thats real, genuine and fulfilling for all. 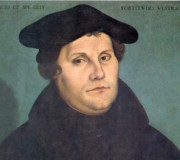 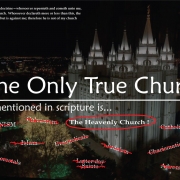 Go to facebook page
Join our Facebook Community
The Law of Love Vs. Special Privilege. A discussion on Homosexuality, Morality...